Causes of the car breaking down and tips for overcoming it

Car breaking down seems to have become something that is quite often experienced by some four-wheeled vehicle owners. Especially old cars. 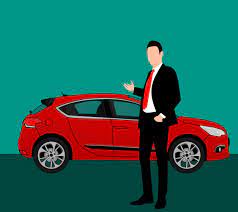 It's no wonder that nowadays many are worried if their favorite car suddenly breaks down.

Of course, it became something natural. Given, does not rule out, new cars can experience the same thing.

Therefore, it is necessary to know what factors cause a car to break down and how to prevent or overcome a car that often jams suddenly.

Where, by knowing the causes and ways of preventing or handling a car breaking down, of course you can take more action to anticipate if at any time the car breaks down on the road.

Well, regarding this below, Mas Sena will share some of the factors that cause and how to overcome or prevent a car breaking down that you can learn and apply independently.

Car Strike On The Road

There is a Blockage in the Fuel Filter

The first factor that is very likely to be an aspect of triggering a car engine damage is a clogged fuel filter.

In general, not many know that a clogged fuel filter in a car is usually triggered by the refueling process.

Where, in this case the gas tank is very likely to be contaminated when you fill up with gas. So that it has an impact on the blockage that appears which makes the fuel flow not smooth or choked to the car tank.

The gas that comes out will of course experience a decrease in volume capacity. If this condition is left for a long time, of course automatically the car engine will not be able to work optimally which will lead to a sudden strike.

To be able to solve this problem, you only need to replace the fuel filter which is located adjacent to the car engine block. If you're still having trouble, you can ask a mechanic at the auto repair shop for help.

In addition, it turns out that the factors that cause the car to break down can also be greatly influenced by the condition of the battery in the car itself.

Not without reason, considering that the car battery in this case has an important role as a supplier as well as a source of electric power needed by cars.

If your car battery is damaged, the automatic will not be able to function normally. In fact, most likely the engine will be difficult to start.

Regarding the cause of the car breaking down because the battery can actually be prevented by checking the car battery regularly.

One of them is by ensuring the amount of voltage on the car battery that can still be supplied to each part.

Regarding this, of course, your first step must be to determine in advance how the actual battery condition is. If the power is reduced then you can recharge.

However, if it is damaged and worn, obviously you should immediately replace the car battery with a new one. So that in the future it does not trigger or cause obstacles.

On the other hand, the component that is the cause of why the car engine often breaks down, could be due to damage to the alternator component.

This component, known as the ampere dynamo, has a very important function and role, namely supplying electrical energy from the car battery. With the fulfillment of the energy supply, the car can be started and run normally.

However, these alternator components also have a lifespan of their own and need to be replaced if they are badly damaged.

Generally, damage to this alternator can be seen from several easily recognizable indications. Like the smell of burning rubber, a squeaking sound in the engine, dim spotlights, until the battery indicator symbol lights up.

If you have started to see some of these signs or indications, it is highly recommended to immediately take it to a repair shop so that it can be examined more deeply and immediately repaired if it is clearly damaged.

For that, of course, you can't just ignore it. Because, if you ignore it, it will make the car more easily damaged.

So, make sure the condition of the alternator in the car is in top condition. Thus, the supply of electrical energy from the car battery cannot be supplied perfectly.

Another cause that can make a car break down is an unstable engine temperature condition or experiencing a drastic increase in temperature.

Overheat conditions trigger the car to break down at any time because the heat cannot be controlled perfectly.

Where in this case the radiator water has an important role as a coolant in the car.